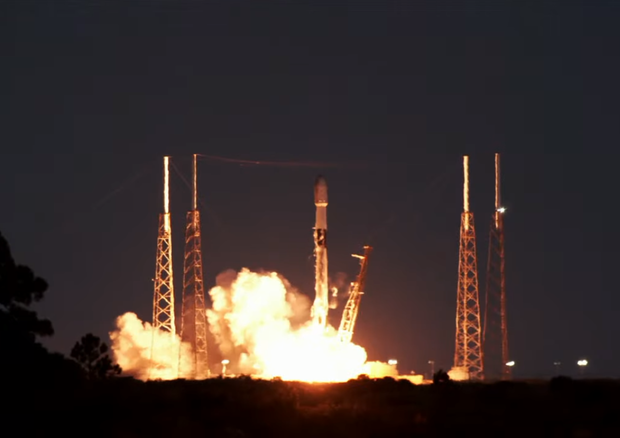 The launch of the Cosmo SklyMed satellite with a Falcon 9, from the Cape Canaveral base (source: SpaceX) © ANSA / Ansa

The new satellite of the Italian constellation Cosmo SkyMed has been launched. After four consecutive postponements, the launch took place from the Kennedy Space Center in Cape Canaveral (Florida) with a SpaceX Falcon 9 rocket. It is the second satellite of the new generation, promoted by the Italian Space Agency (ASI) and the Ministry of Defense, with the contribution of the Ministry of University and Research. With this launch, the Cosmo SkyMed satellites currently in orbit will reach six and Italy will be able to have an even more advanced Earth observation system.

The first satellites of the Cosmo SkyMed constellation have been active for over 15 years and their main objective is to provide dual services, i.e. for civil and military uses, thanks to the data it is able to detect day and night and in any weather condition, thanks to the synthetic aperture radar (Sar).

Italian industry also plays an important role in the program, with Leonardo and its joint ventures Thales Alenia Space (Thales-Leonardo), prime contractor responsible for the entire system, and Telespazio (Leonardo-Thales), which built the ground segment. and that in the Fucino Space Center hosts the command and control center of the constellation. Leonardo also contributes to the program by supplying stellar attitude sensors for the orientation of the satellite, photovoltaic panels and electronic units for managing electrical power. The data generated by the COSMO-SkyMed satellites are marketed all over the world by the company e-Geos (Telespazio-Asi).