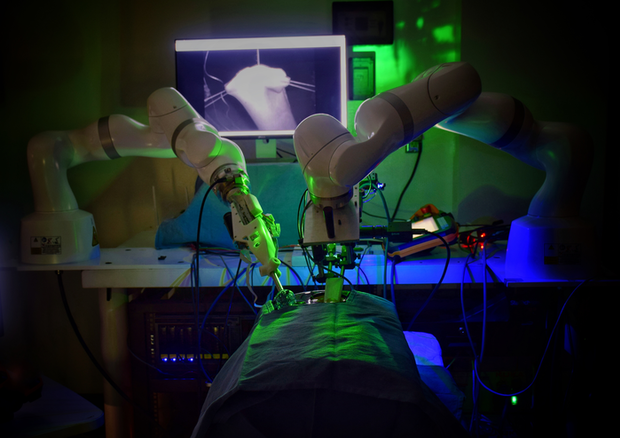 First surgery done independently by a robot: the test bench was a laparoscopy operation on pigs, performed with better precision than that of human hands. The success of the robot developed by researchers from the American University Johns Hopkins and renamed Star (Smart Tissue Autonomous Robot) is described in an article published in Science Robotics magazine.

“It is a very important step for the entire robotic surgery sector”, Leonardo De Mattos, head of the Biomedical Robotics Laboratory of the Italian Institute of Technology (Iit), commented to ANSA, who leads the development of robotic devices. focused in particular on interventions on the vocal cords. “Robots can indeed give important improvements in very delicate operations, where high precision can really make a difference. It is not about replacing humans but supporting the surgeon in delicate matters”, noted the expert.

The work of the American researchers was the first in which it was possible to delegate entirely to a robot a complex task such as the reconnection of two ends of the intestine. “Star performed the procedure in four animals and produced significantly better results than humans performing the same procedure,” said Axel Krieger, mechanical engineer who led the work.

Soft tissue surgery is particularly difficult for robots due to the high rate of unpredictability that forces them to adapt quickly and manage unexpected obstacles. The connection of two ends of a intestine is in fact considered one of the most challenging steps in gastrointestinal surgery and requires high precision, even the slightest tremor of the hand or a point out of place can cause a leak that could have catastrophic complications for the patient.