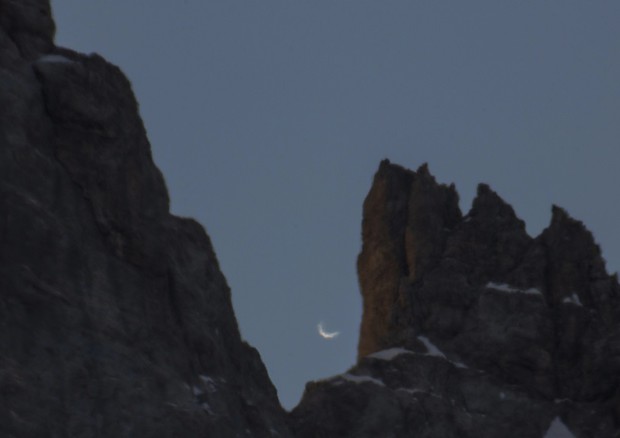 All the planets, with the exception of a timid Jupiter, abandon the early hours of the night in the sky of February en masse, only to appear on stage close to dawn. The great winter classics take the night away: the constellations of Orion, Cassiopeia and the twins Castor and Pollux. But at the end of the month, the Moon, Mars and Venus bring out a splendid alignment.

“The planets leave the evening sky and for the most part become observable in the morning, between the first light of dawn”, says Paolo Volpini ofUnion of Italian amateurs (Uai). Mercury, Mars, Venus and Saturn move their entry into the sky at the last hours leaving only Jupiter still visible in the evening, but only for a few days and for a short time because even the giant of the Solar System will ‘move’ in the hours preceding the sunrise.

February will therefore be entrusted to the classics winter constellations: towards the South it is clearly visible Orion with the three stars aligned on the belt (Alnitak, Alnilam And Mintaka) and the bright stars Betelgeuse And Rigelhigher up the constellations of Bull with the red Aldebaranthe constellation ofCharioteer with the shining star Capella ei Twins with the main stars Castor And Pollux. “Bottom left with respect to Orion, the great hunter, in the constellation of Major Dogthe well-known shines Siriusthe brightest star in the sky – detects the Uai – and even further up, to the left, the representation of the hunt is completed by the Minor Dogwhere it shines Raccoon“.

At the end of the month, on the morning of February 27the planets return to take back the scene with one spectacular alignment in the constellation of Sagittarius of Mars, Venus it’s a crescent of the waning moon. Mercury and Saturn will also enrich the scene, very low on the horizon and more difficult to observe.