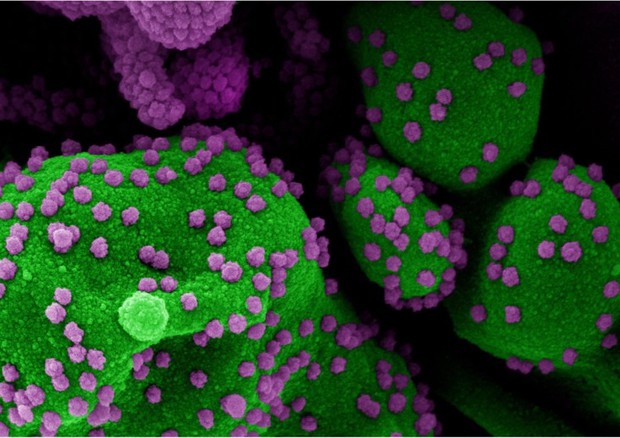 The first detailed ‘portrait’ of the Spike protein with which Omicron opens the lock of human cells is ready: the study, conducted with an almost atomic resolution, reveals how the molecular structure of the protein increases the transmissibility and elusiveness of the new variant, providing precious indications for developing new, more targeted and effective therapies. The result is published in Science by researchers from the University of British Columbia in Canada.

Omicron’s Spike protein has 37 unprecedented mutations, a number that is three to five times higher than that observed in previous variants. The structural analysis, carried out thanks to cryoelectronic microscopy, indicates that different mutations (R493, S496 and R498) give rise to new ionic bonds and hydrogen bonds between the Spike and the Ace-2 receptor. These bonds increase the virus’s affinity for human cells, while other mutations (such as K417N) reduce the strength of these bonds. 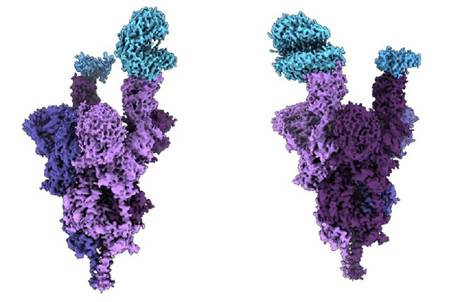 In purple, the Spike protein that binds to the Ace-2 receptor (in blue) (source: UBC Faculty of Medicine)

“Overall, these results indicate that Omicron has a higher binding affinity than the parent virus, with levels more similar to what we see with the Delta variant,” explains study coordinator Sriram Subramaniam. “It should be noted that the Omicron variant has evolved to retain its ability to bind to human cells despite such a large number of mutations.”

Further experiments show that Omicron has an ability to evade antibodies that is greater than the previous variants: it manages to evade all six monoclonals tested (five of which are completely ineffective), while showing an increased ability to evade antibodies produced by people vaccinated or cured of Covid-19. “Specifically, Omicron escapes less immunity induced by vaccines than that generated by natural infection in unvaccinated patients. This – concludes the biochemist Subramaniam – suggests that vaccination remains one of our best defense weapons”.