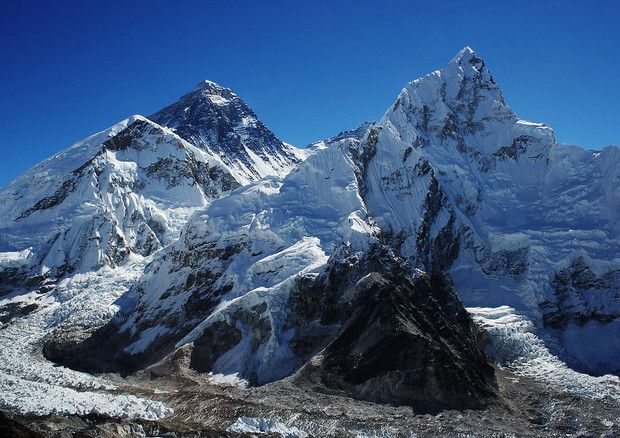 PHOTO
The Everest ice is thinning at a rate of 2 meters per year (source; Pavel Novak from Wikipedia) © ANSA / Ansa

55 meters of ice lost in 25 years, at the rate of more than 2 meters a year: even the roof of the world is melting at record speed due to global warming and to say so are the data of the 2019 National Geographic and Rolex Perpetual Planet expedition Everest.

The results, published in the journal Climate and Atmospheric Science, are the result of an expedition that entered the Guinness Book of Records for having installed the two tallest weather stations in the world (at 8,430 meters and 7,945 meters) and for having collected and analyzed the ice core taken from the highest point everat 8,020 meters. 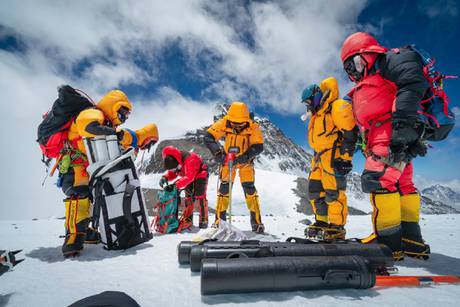 “One of the great responses expected from our expedition concerned whether or not the highest glaciers on the planet were impacted by man-made climate change. The answer is a clear yes,” said glaciologist Paul Mayewski, from University of Maine – and this has been even more true since the 1950s. ” In fact, the data obtained from the expedition indicate that in just 25 years some of the highest mountain glaciers in the world they have lost 55 meters of thicknesswith a pace of dissolving 80 times faster than the one with which that same ice had formed.

To register a real collapse is above all the loss of snowpack which normally covers glaciers, a sort of insulating blanket that protects the ice accumulated over centuries. Once the snow has disappeared, the glaciers are exposed to direct sunlight and it is believed that this accelerates the rate of melting 20 times.

The melting of the ice substantially reduces the reserves of drinking water and irrigation water, which today are directly used by about one billion people; significantly increases the risks of major collapses and landslides in the area.