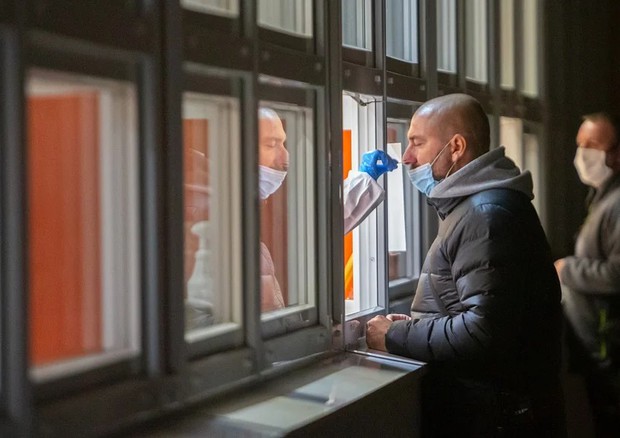 Omicron is more transmissible than Delta even though it has a similar viral load (source: Pixabay) © ANSA / Ansa

The Omicron variant is more transmissible than the Delta although it determines a similar and sometimes even lower viral load: moreover, 5 days after the first swab, 50% of the positives could still be contagious, making the short isolation adopted by countries such as the United States. One points it out study conducted by the Harvard TH Chan School of Public Health in Boston on molecular swabs performed by the National Basketball Association of the United States, the NBA. The results are available on medRxiv, a platform where scientific studies not yet reviewed are shared for publication in official journals.

Researchers coordinated by Yonatan Grad examined over 10,000 swabs performed on NBA players and employees between July 2021 and January 2022. In total, 97 cases of Omicron variant infection and 107 from Delta emerged. The first surprising result is that those infected with Delta have a viral load that reaches higher peaks than those detected in the cases of Omicron: therefore the high transmissibility of the new variant would not be linked to a higher viral load, but to the capacity of the virus. to evade the immune defenses.

A confirmation would also come from a second study, shared on medRxiv by Benjamin Meyer’s group at the University of Geneva: in this case, the researchers not only quantified the presence of viral Rna in the swabs of almost 150 people, but also the number of infectious viral particles, discovering in fact that not there are substantial differences in viral load between Delta-infected and Omicron-infected vaccinates.

The results of the two studies could have important implications for public health policies and in particular for the duration of isolation of positives. Meyer’s team found that half of the swabs performed in Delta-affected vaccinees 5 days after diagnosis still contained infectious viral particles, while Grad’s group noted that 5 days after the diagnosis of Omicron infection, about half of the people maintain a high enough viral load that it can still be contagious.