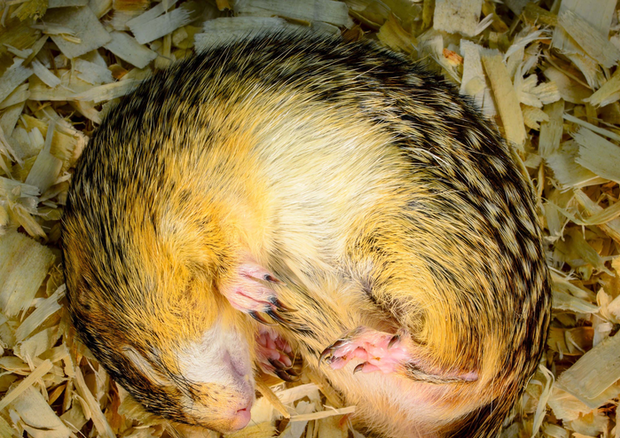 Intestinal microorganisms are great allies of animals that hibernate because they help them stay fit, despite the long period of inactivity. This was discovered by research conducted on squirrels by the University of Wisconsin at Madison, published in the journal Science.

Coordinated by Hannah Carey, the research found that the set of microorganisms (microbiota) that normally live in squirrels play a crucial role in preserving their muscle tone even during long periods of semi-hibernation. Knowing the mechanism by which this occurs could be useful in the future for astronauts engaged in long-term missions.

Some mammals, such as bears and squirrels, in winter are able to significantly reduce their vital functions and remain in a sort of long sleep, a state improperly called hibernation (true hibernation in fact provides for a practically total shutdown of the metabolism, as occurs in some insects).

One of the still poorly understood aspects of semi-hibernation is the ability of these mammals to be able to keep muscle tone almost intact. To try to understand this, the American researchers have studied the behavior of 13-line squirrels (Ictidomys tridecemlineatus) by examining in particular the mechanisms linked to nitrogen, a fundamental element for the metabolism of amino acids necessary to prevent muscle atrophy.

The squirrels used in the experiment were fed with food in which nitrogen had been ‘marked’ with easily traceable isotopes and of these, a part was also fed with antibiotics capable of breaking down most of the microbes present in the intestine and essential for the absorption of amino acids from food.

Following the path of the isotopes, the researchers thus discovered that microorganisms play a fundamental role in maintaining muscle tone. A discovery that could have important consequences in seeking treatments for astronauts engaged in long space missions during which the microgravity environment involves rapid muscle atrophy.