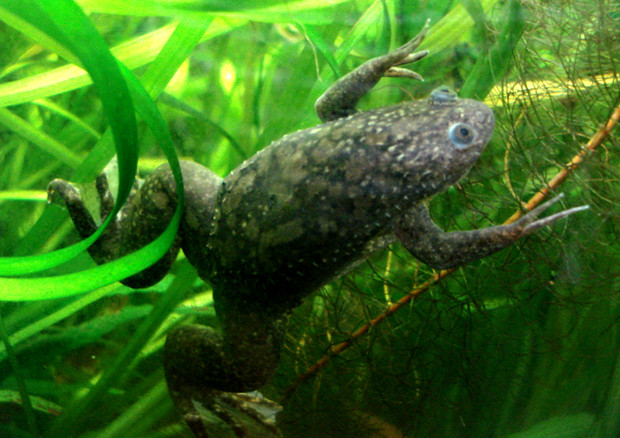 The amputated leg of a frog was regenerated: its regrowth was stimulated with a cocktail of five drugs, sealed for 24 hours on the stump by means of a small wearable bioreactor. In this way, in the place of the scar, an almost complete and functional limb reformed within 18 months. An important step forward in the field of regenerative medicine, published in the journal Science Advances from Tufts University and the Wyss Institute of Harvard University.

For their experiments on frogs of the Xenopus laevis species, the researchers developed a small wearable bioreactor called the BioDome, a kind of silicone cap that is applied to the wound: inside it contains a silk protein-based gel enriched with five drugs. which allow to reduce inflammation, inhibit the production of collagen (which would lead to scarring), promote the growth of new nerve fibers, blood vessels and muscles. This ‘recipe’ induced obvious regeneration in many of the treated frogs: the new limb features a natural-like bone structure, a rich variety of internal tissues (including neurons), and several fingers at its end (although lacking a bone support). The new leg moves and reacts to stimuli: the frogs use it to swim, managing to move normally.

“It is exciting to see that the selected drugs help create an almost complete limb,” comments the study’s first author, Nirosha Murugan. “The fact that short exposure to drugs is enough to trigger months-long regeneration suggests that frogs and perhaps other animals may have dormant regenerative abilities that can be reactivated.” The next step will be to evaluate combinations of drugs and growth factors that can trigger the regeneration of even more complete and functional limbs, with normal fingers and more detailed muscular and skeletal elements, with the ultimate goal of applying this strategy also to mammals. .